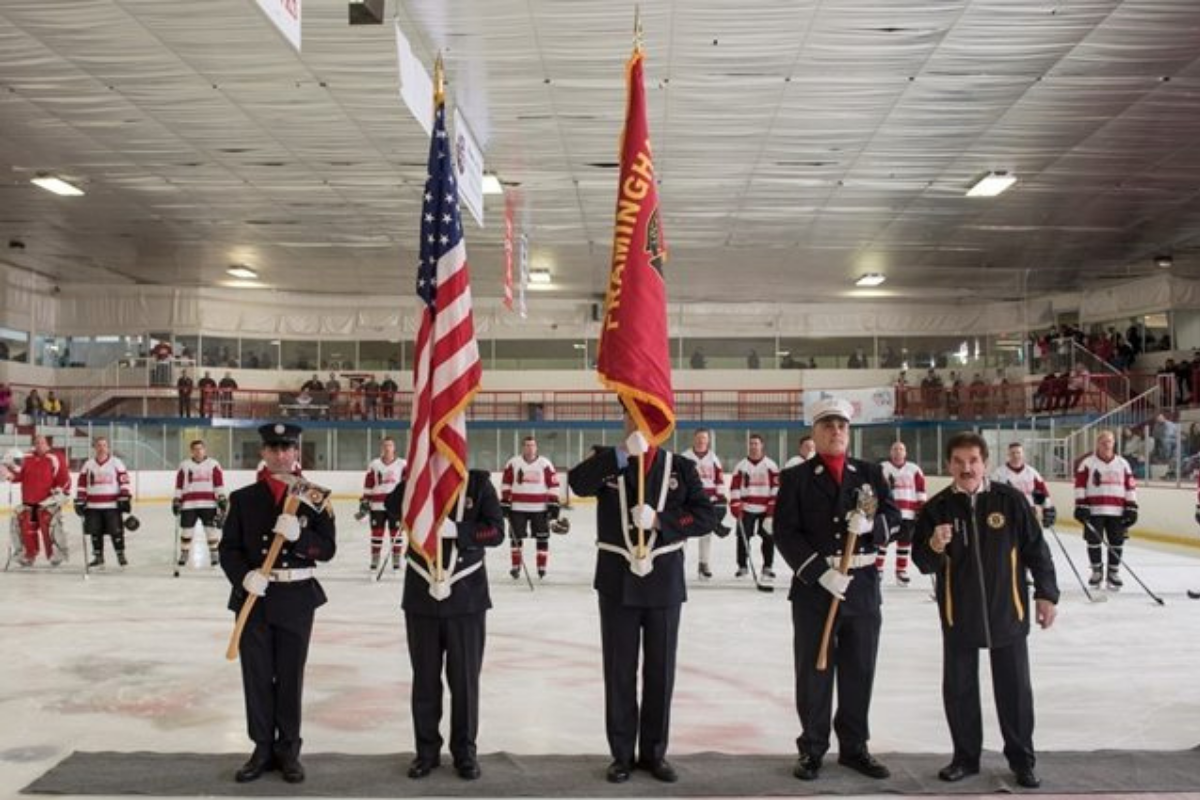 If you’re reading this then you know what we do at RedLine Gear Cleaning and if you’ve been to our website or social media channels then you also have a clear idea of how we do what we do. What many companies fail to share is their why, or put simply, the reason for being in business.

At first glance you may think our ‘why’ is to keep firefighter turnout gear clean. While you wouldn’t be totally wrong, there is certainly a large piece missing from that explanation. So for all those still wondering why we do what we do, let me tell you…

It all started in 2016 with a simple hockey game. A younger version of myself had decided to push my limits and run the Boston Marathon, in an effort to raise money I hosted a single hockey game and called it ‘The Firefighter Faceoff’. It was the Sudbury Fire Department (my current department) versus The Framingham Fire Department.

By all accounts the game was a success, I had raised enough money to run in the marathon and proceeds of the event were going to a firefighter focused charity.

The Firefighter Faceoff game was so popular that a small group of us decided that the following year we would open it up to more fire departments interested in playing with a focus on raising money for various first responder charities.

Fast forward 5 years and that little hockey game has turned into the country’s largest hockey tournament and a non-profit organization focused on raising money for first responder charities. During my time working with these charities, I have learned just how large of a threat occupational cancer is to the firefighter community. After getting a better understanding of the preventative measures that can be taken to reduce the risk of occupational cancer I realized fire departments did not have an efficient method of decontaminating turnout gear.

As a firefighter, I have seen first hand how many departments manage and maintain their turnout gear and I knew there was a better way. After months of research and development we created the very first Mobile Extraction Unit® to professionally inspect and clean turnout gear better and faster than anyone else in the industry.

With this year’s Hero’s Cup Hockey Tournament just days away, I can’t help but think how much has come from that one hockey game more than 5 years ago. It all started to help keep our first responders safe and healthy and that is the reason why.